Abdullah Gul (Defense Analyst): Pakistan has always endorsed every initiative taken for regional peace and de-escalate tension between hostile countries which are at the verge of war. It is appreciable that Pakistani political leadership realizes the catastrophic consequences of conflict as we have witnessed the damages of war. Incumbent government is doing its best to highlight the Kashmir issue at international front. This is an era of economic development and war is not  the appropriate solution of any dispute. Pakistan has emerged as a significant country of the region and leader of the Muslim world. Pakistan has clear stance that Islamabad would not become part of any conflict. Pakistan is a responsible nuclear state and believes in resolving every dispute through negotiations. Pakistan's desire for peace should not be taken as our weakness as our security forces are capable enough to give befitted response to any misadventure. India is the real terrorist state in the region. It is high time for the international community to acknowledge Pakistan's efforts for global peace.

Prof Ghulam Mustafa (IR Expert): Pakistan's foreign policy principles are peace oriented .Islamabad has always played a proactive role for regional peace. Reconciliation between two hostile countries is a difficult process but we have always offered our sincere efforts to deescalate tensions in the region. Pakistan is playing a significant role of arbitrator to establish peaceful understanding between the United States, Saudi Arabia and Iran. There is clarity in Pakistan's stance that we cannot afford to become part of any war. The initiative measures taken by Pakistan to end regional turmoil are appreciable. It is high time for Muslim world to get united against external challenges and  work for economic development.

AVM (Retd) Ikram Ullah Bhatti (Defense Analyst): Washington and Tehran are important capitals for Pakistan and de-escalation between the United States and Iran is in the best interest of Pakistan. Regional peace is imperative for economic development of the region. Pakistan's narrative is clear and loud that it would not allow its soil to be used as launching pad against any country. It is appreciable that Iran and the US  have agreed upon defusing the tension to avoid further escalation. Islamabad has always played an important role to bridge the gaps between Iran and Saudi Arabia. Pakistan is committed to convince the rivalry states to resolve all outstanding issues without posing threat to global peace. Pakistan is also playing a proactive role to facilitate Afghan reconciliation process. The complete withdrawal of US forces from the region is the legit demand of Taliban. China and Russia are highly concerned with the American presence in the region.

Dr. Farooq Hasnat (IR Expert):The United States should avoid exhibiting unnecessary aggression against Iran. The political leadership of the United States should learn from its past mistakes. It is appreciable that sane voices within white house realize the damages of war and strongly rejected any possibility to involve in any aggressive move against Iran. Trump's move to assassinate Iranian General Qasim Suleimani was a blunder. Pakistan understands that the region is already faced with many challenges and any unrest would further escalate the security situation of the region. Any misadventure from the US administration would bring catastrophic consequences. No country has right to attack a sovereign state. Pakistan is always ready to facilitate reconciliation process however; it is in our national interest to stay neutral in the current scenario of the region.

Brig Retd Saed Nazeer (Defense Analyst): It is diplomatic victory of Pakistan that the region is heading towards de-escalation after recent standoff between Iran and the United States. Pakistan has paid huge price of war. It is appreciable that Pakistan is making concrete efforts to sustain durable peace in the region. Unfortunately, Pakistan is faced with hostile neighbor. Economic development is linked with the regional security. Pakistan political and military leadership realizes the fact that region cannot afford any conflict.

Birg Retd Mehmood Shah (Defense Analyst): Indian political leadership is in hot waters due to nationwide protests against its Hindu fundamental policies. India is habitual of violating ceasefire agreements at LoC and making Pakistan a scapegoat to hide its own internal crises. Pakistan is a peace loving country ,however we are capable enough to give befitted response to any aggression. Modi has tarnished secular and democratic face of India. India's hegemonic designs are posing serious threat to regional peace. International media has exposed India's extreme policies against minorities. Ceasefire violation at working border is a fail attempt to divert international attention from India's internal crises.

Dr. Waleed Rasool (Hurriyet Leader):The United States administration is well aware of the current situation of Indian occupied Kashmir. The world powers have observed criminal silence for its strategic and economic interests. The people of Kashmir are under continues siege for last four months. India cannot mislead the world community regarding Kashmir situation in the presence of International media. Pakistan is playing an important role in bridging the gap between Iran and the United States. Islamabad is also facilitating the US administration for their safe exit from Afghanistan. It is high time for Pakistan to take benefit of its strategic significance for resolving Kashmir issue. The Trump administration should play its role to pressurize India to stop atrocities in Indian occupied Kashmir and resolve Kashmir issue in accordance with the United Nations resolutions. The brave people of Kashmir would never compromise on their legit right of self determination.

Syed Yousaf Naseem (Senior Hurriyet Leader): Right of self determination is the fundamental right of every human being. Despite using force, the Indian brutal forces have failed to suppress the brave people of Kashmir. Revoking of article 370 is against international laws and India's own constitution. Modi regime remained fail to deceive the world community regarding worst human rights violation in Indian occupied Kashmir. It is diplomatic victory of Pakistan that the world powers have started taking notice of Indian brutalities in the held valley. 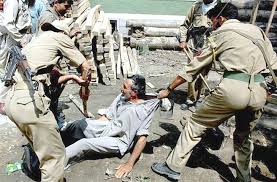 India has no locus standi in Pakistan’s internal affairs: Analysts World should take notice of Indian sponsored terrorism in Pakistan