The youth were killed by Indian troops during a cordon and search operation in Gund area of the district.

Earlier, the troops had martyred two youth in Bandipore district, taking the toll to four in the past forty-eight hours. 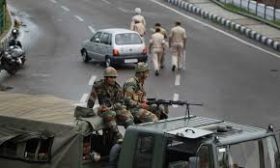