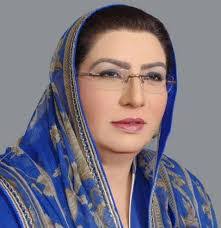 The President of Pakistan is Head of State, and represents the unity of the Republic. President, in his address at parliament, highlighted vision of progressing Pakistan.  He has taken the nation into confidence on government’s efforts to address internal and external threats faced by Pakistan. President also provided some suggestions to fill the gaps if any. A democratic president was addressing the national issues whereas the opposition parties were protesting for their personal interests. The PTI government is committed to bring reforms in all national institutions through effective strategies. 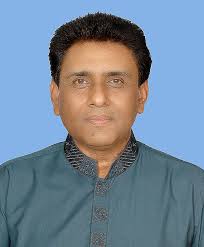 President Dr. Arif Alvi, during his address to the joint session of the Parliament, tried to cover almost all the challenges and threats being faced by Pakistan. President Arif Alvi also came up with certain suggestions to overcome these challenges. The opposition parties reserve the right to protest, but the timing of today's protest was crucial as President was shedding light on crucial issue of Kashmir. Anti-corruption agenda of the PTI government will help Pakistan put on road to progress and development. 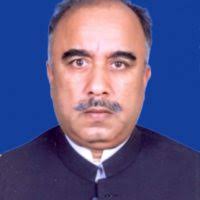 The attitude of opposition parties during the address of President Arif Avli at the floor of parliament was embarrassing. The economy is being used as a “source of blackmail” by corrupt political mafia. All the corrupt politicians have gathered under one umbrella against the government, but we will not spare any culprit who is involved in corruption. The PTI government is committed to hold across-the-board accountability of all corrupt elements without any discrimination. The opposition will continue making noises as the present government believes in across-the-board accountability of all corrupt elements without any discrimination. The government is determined to bring back the looted money by all means and deal with the culprits involved in corruption with iron hands. Corruption destroys societies, and our government is determination to eliminate it. 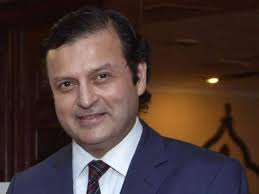 Dr. Arif Alvi is a mature political worker and we are proud to have him in our party. President Arif Alvi, during his address to the joined session of the parliament, touched various issues faced by the country. He openly condemned the illegal Indian move in Indian Occupied Kashmir. There is a complete lockdown in Held Kashmir and Kashmiri people are under the strict curfew imposed by Indian government. The attitude of opposition parties on this crucial issue was beyond understanding. It is the first time in history of Pakistan that the government is aggressively highlighting Kashmir issue at all appropriate international forums. It is unfortunate that the opposition parties were showing negative behavior against this important address of President Arif Avli. I am satisfied with the efforts made by the incumbent government for exposing Indian cruel face at international level. Indian aggression, brutalities and atrocities against innocent people of Kashmir is condemnable.

It is good development that President of Pakistan has briefly highlighted Kashmir issue and urged the international community to play its role in order to reach a just and lasting solution to the conflict in Kashmir. The world is expressing strong condemnation of the killing of innocent Kashmiris by Indian forces in Indian-occupied Kashmir. For last few weeks, Pakistan is effectively taking up the issue of Kashmir at international forams. Kashmiris should be given the right to self-determination according to UN Charter. The world has started comparing Narendra Modi with Adolf Hitler over the scrapping of the special status of Jammu and Kashmir and blockade of the region. 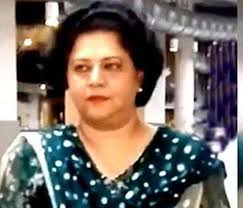 President Arif Alvi has successfully highlighted Kashmir issue, and Indian aggression and brutalities in Occupied Kashmir. India is continuously violating the Line of Control by shelling on innocent population. Such irresponsible and aggressive actions can lead to dangerous situation in South Asia. The current government is working on various development projects to put Pakistan on road to development.

It is observed that international community has started raising voices against Indian policies in Held Kashmir but the need of time is to increase pressure on India to stop genocide and human rights violations in Occupied Kashmir. The entire world is watching what is happening in Kashmir. If today the world does not stand against Modi’s fascist government, it will not stop here. India has made an unprecedented move in the disputed region of Jammu and Kashmir which is a bid strategic mistake committed by Narendra Modi and it will backfire badly. U.S. President Donald Trump’s offer to mediate the Kashmir dispute was rejected by Indian government. 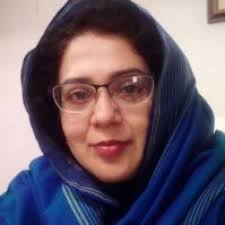 The international community starts talking about war crime once the genocides against Muslims are committed. It is fact that what India is doing in Kashmir is done with non-Muslim community, the reaction of community will be totally different. It is unfortunate that there is a lack of unity among the Muslim countries. India wants to counter China so threaten to wind-up the CPEC projects in Gilgit-Baltistan. The CPEC is a bilateral economic project, which is not against any country. Visit of PM Imran Khan to Muzaffarabad to address a public gathering will definitely have a strong impact. Pakistan always expressed solidarity with Kashmir brethren and stood with them and will continue their support for their right to self-determination. Pakistan is utilizing all available channels to highlight Kashmir issue. Narendra Modi will have to face the consequences of strategic blunder he made in Held Kashmir. Kashmir issue has been internationalized and the credit of this achievement goes to foreign office for its effective diplomatic efforts. I am confident that we will be able to seek more international support in coming times.