Blast at compound of US Embassy in Kabul In Afghanistan, a rocket exploded at the compound of U.S. Embassy in Kabul on Tuesday night.

There were no reports of any casualties.

Meanwhile, Taliban leaders have pledged to continue fighting against US forces following President Trump's announcement of cancelation of peace talks with them.

In a statement to Al Jazeera, Taliban spokesman Zabihullah Mujahid said Washington would regret turning its back on talks spearheaded by high-level officials from both sides.

He said we had two ways to end the occupation in Afghanistan, one is jihad while other is dialogue.

He said if US President wants to stop talks, we will take the first way and they will soon regret it. 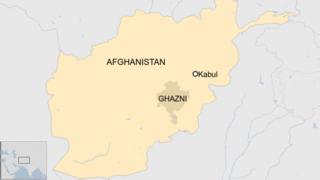