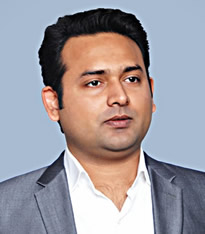 The PTI government offers a number of opportunities to the Indian government in regard to normalizing the situation but as usual Indian side seems least interested. Pakistan is fulfilling its commitment made by political and military leadership regarding opening of Kartarpur border aimed to facilitate Indian Sikh pilgrims to visit one of their holiest sites in Pakistan. A number of modalities will be discussed in Pak-India delegation level meeting expected to be held on Sunday. Pakistan also made an offer to India for joint inauguration ceremony of the historic Kartarpur border opening. Pakistan wants good relations with the neighboring countries. Islamabad played a vital role in bringing US officials and Afghan Taliban on negotiation table. There is acknowledgment of Pakistan’s efforts for regional peace and stability by United States as well. As reciprocal gesture to Pakistan’s role for peace, United States also banned Baluchistan Liberation Army which is good news.

Commonwealth is an important forum and its members have historic ties with Pakistan. Pakistan is establishing special economic zones under CPEC with the Chinese collaboration. There are huge opportunities for the foreign investors to establish industries in these special zones. Foreign Minister has the rightly highlight potential of Pakistan and motivate the foreign investors to come to Pakistan as it is becoming a safe haven for the investors. A staggering 21 billion from overseas Pakistanis per month on an average is a blessing in disguise for the cash-starved economy and has widely helped the government in maintaining foreign reserves and balancing payment deficits. Pakistan has taken a good initiative to open Kartarpur border aimed at to break the ice between Pakistan and India and also facilitate the Sikh Pilgrims across the world. The initiative of the present government won the hearts of Sikh community. It is unfortunate that Indian response against this initiative is not welcoming one. The dialogue on corridor could be a step forward in the right direction in the current vitiated situation from conflict to cooperation, animosity to peace and enmity to friendship. Pakistan is determined to complete the Kartarpur corridor project within specified time so that Sikh pilgrims could attend the 550th birth anniversary of their spiritual leader Guru Nanak Dev. 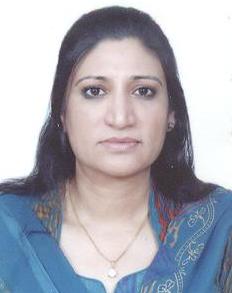 After the 9/11 incident, Pakistan has been badly affected by the menace of terrorism more than any other country. We have lost over 70,000 precious lives along with huge financial losses as well. The world is also acknowledging the role of Pakistan in this regard. At this critical time, CPEC is wave of fresh air for our country. Pakistan conveyed a message to the world despite of crises; Pakistan still has great potential for the foreign investment. The Prime Minister and his cabinet are using all fora to attract and motivate the foreign investors to invest in Pakistan. The ranking and rating of Pakistan is improving. The support of civil society and state institution is vital as government can do nothing all alone. Pakistan is recovering from a growth which was fueled by short term debt and declining investments. The focus of this government is to raise capital by encouraging foreign direct investment in the country, fostering exports and productivity rather than imports and consumption.