Prime Minister Imran Khan has invited the Chinese companies to invest in the diverse sectors of Pakistan including housing, textile, manufacturing, IT and financial services, physical and technological logistics, agriculture, oil & gas and tourism and hospitality.

He was speaking at China Council for Promotion of International Trade in Beijing on Tuesday.

The Prime Minister said Pakistan is opening up for the businesses and it is great time for the Chinese companies to invest in the country.

He assured that the Prime Minister office will be dealing with all the major investments including those of the CPEC. The Prime Minister said we have also established CPEC authority to resolve all the problems coming in the way of the implementation of corridor related projects.

He said Gwadar smart port city master plan has been approved. Work on Gwadar airport is in progress and it will be completed soon.

He said we are now especially concentrating on our Special Economic Zones.

Imran Khan said Pakistan is encouraging the businesses to make big profits as the wealth creation will enable us to lift the people out of poverty on the pattern of China.

Imran Khan said the second phase of CPEC will focus on industrial and agriculture cooperation.

He said we want to learn from the experiences of China to enhance the productivity of our agriculture sector.

The Prime Minister said security situation has improved in Pakistan due to the efforts of security forces and intelligence agencies.

He said Pakistan is one of the safest places for investment in the world. We have established a special security force for the protection of Chinese workers.

He said the present government has also liberalized the visa regime and the Chinese can get the visas on arrival at the airport. He said this facility has been extended to many other countries as well.

Alluding to the geo strategic location of Pakistan, Imran Khan said Pakistan's unique location and its young and vibrant population makes it the attractive country for investment.

He said our labor cost is only about twenty percent of what is in China.

The Prime Minister said his government has taken a conscious decision to ensure ease of doing business.

He said Pakistan has made the biggest strides in ease of doing business in the world.

The Prime Minister also hailed the economic progress made by China saying the way it has lifted seven hundred million people out of poverty in last thirty years is an example for the whole world.

Meanwhile, talking to the Chairpersons and CEOs of top-ranking Chinese Companies in a series of meetings in Beijing, Imran Khan reaffirmed his government's resolve to provide further incentives for the relocation of industries from China to Pakistan and to offer favorable business environment to these companies as well as other enterprises.

The prime minister stressed that these measures would generate employment and tax revenue benefitting the overall economy of Pakistan.

During the meetings, the companies apprised the Prime Minister of the current status of their ongoing operations in Pakistan.

The companies also detailed their plans for the establishment of Textile and Apparel Park, Industrial Parks and projects to convert coal resources into combustible fuels.

Number of tax filers increased from 1.6 mln to 2.6 mln in one year: Senate informed 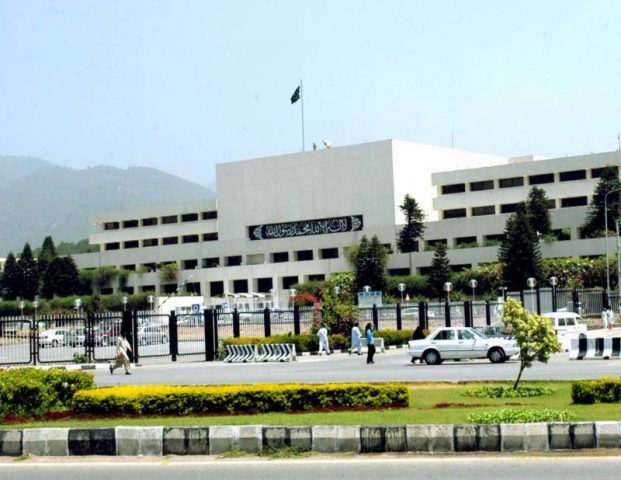