Kashmiri political activist, Shehla Rasheed, has described the sedition case filed against her by Delhi Police as frivolous, politically motivated and a pathetic attempt to silence her.

In a tweet Shehla Rashed said she learnt from media reports that the Special Cell of Delhi Police has filed an FIR against her for speaking out on the clampdown in occupied Kashmir and the denial of basic rights to Kashmiris.

In a series of tweets, Shehla Rasheed had said that the Indian Army was involved in human rights abuses amid a clampdown after the abrogation of Article 370 by Indian government.

She said the Indian Army is indiscriminately picking up men, raiding houses and torturing people in occupied Kashmir. 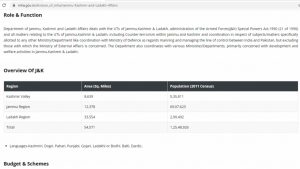