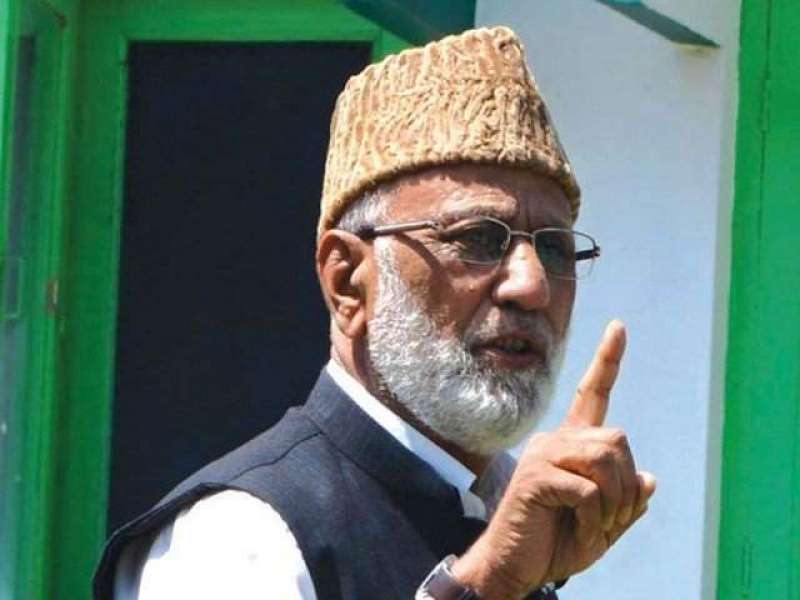 In occupied Kashmir, senior leader and Chairman of Tehreek-e-Hurriyat Jammu and Kashmir, Muhammad Ashraf Sehrai has said that India is not a secular but a Hindu state, which has no respect for human values.

Talking to media in Srinagar, he said fascist regime in India neither allowed him to see the last glimpse of his martyred son, Junaid Sehrai, nor to offer his funeral prayers.

He pointed out that Indian rulers considered it as boldness to disrespect the dead bodies of the martyrs, particularly of Kashmiri Muslims whereas it was nothing but sheer cowardice.

The APHC leader maintained that the BJP and RSS regime had exposed the real face of India and the reality is known to everybody beyond doubt that New Delhi is not ready give regard to set standards of humanity and morality.

Indian troops continued cordon and search in every nook and corner of the held territory.

The troops chopped off dozens of apple trees in the dead of night in Islamabad district.

Meanwhile, Jammu and Kashmir Youth Social Forum leader, Angad Singh in a statement issued in Jammu paid glorious tributes to all Sikh leaders and Sikh Sangat pilgrims who were brutally killed by Indian Army during operation "Blue Star" in Golden temple in June 1984.