Moeed Yousuf (Special Assistant to PM on National Security): A year has passed since the Indian atrocities and exploitation in Occupied Kashmir. The Kashmiris are passing through difficult times. They are living in a jail like conditions. India has used even COVID-19 to further subjugate the Kashmiri people. The entire Pakistani nation will show solidarity with the Kashmiris on 5th of August. Indian narrative of secular and democratic India has been exposed in front of global community. The global media like New York Times, Washington Post and many others have extensively written about Indian atrocious activities in Kashmir. The Pakistani nation, government and armed forces are standing together to resolve the Kashmir issue. It is very unfortunate to see what happened on the Western border. Pakistan has always supported Afghanistan for the resolution of its internal issues.

Sardar Ateeq (Former Prime Minister AJK): What the Prime Minister of Pakistan has been doing to internationalize the Kashmir issue must be appreciated. However, the Muslims all over the world, Pakistan and Kashmiri diaspora should stand by the Kashmiris. Pakistan has made a commitment that it will stand with the Kashmiri people till the end. Imran Khan has done the maximum to expose Hindu supremacist and RSS mindset before the global community. He will address the AJK assembly on 5th of August, which will make a huge impact. The Muslim countries should rise to the occasion and come out of political and economic influence of Western world. They should work out a collective strategy on Kashmir.

Abdullah Gul (Defence Analyst): We should salute the sufferings and sacrifices of Kashmir people. We should draw global attention towards gross human rights violations by the Indian security forces in Kashmir. The self-proclaimed largest democracy on earth, i.e., India is afraid of giving Kashmiris their due right of self-determination. The global community already knows a lot because of the efforts of Radio Pakistan, media and the Prime Minister of Pakistan. The foreign office of Pakistan and the PM has also apprised the global community about Kashmir. The foreign media has played an important role this time. It is really heartbreaking to see the human rights violations, genocide of innocent Kashmiris, and state sponsored terrorism in Kashmir.

Dr. Khurram Iqbal (IR Expert): The global institutions have not fulfilled their obligations for the resolution of Kashmir dispute. It has been almost a year to Indian unilateral and illegal actions in Indian Occupied Kashmir. It has become a humanitarian crisis. The West and global institutions have done nothing so far. There have been a few reports on Kashmir, but no practical steps have been taken so far for the resolution of the issue. The UN and other major global institutions are working to protect the strategic interests of major powers. The West is trying to use these institutions against the rising China. The Western countries want to use India as a frontline ally against China. Resultantly, India takes undue leverage and advantage to carry out its atrocities.

Maj. Gen. (Retd.) Ijaz Awan (Defence Analyst): It is a worth analyzing question why India is committing such heinous offences against the Kashmiris. Actually, the RSS mindset is ruling India through the Modi administration. It wants to handle all the issues through use of force unilaterally. India is doing everything with the tacit approval of America. It wants to take advantage of competition between China and America. The global leaders and human rights organizations have been neglecting Kashmir, which is a criminal silence. With the silence over unresolved issues like Kashmir, the UN will lose its effectiveness. The Modi administration is using violence against Muslims, Dalits, Sikhs and other minorities in India. 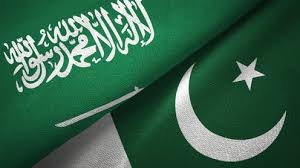 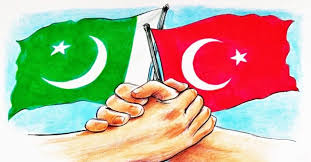 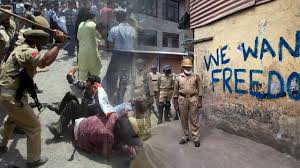