Prime Minister Imran Khan has said PTI government has paid back 10 billion dollars on debt servicing on loans taken by the previous governments.

In an interview to a private TV Channel, he said we are focusing on controlling current account deficit and money laundering to relieve pressure from the rupee.

He said we inherited record current account deficit of over 19 billion dollars, which increased pressure on rupee.

He said Pakistan might have defaulted had the friendly countries like Saudi Arabia, UAE, China, and Qatar not come forward to help us.

The Prime Minister said money laundering of 10 billion dollars takes place in Pakistan every year, which needed a special focus.

He said a comprehensive plan is being evolved to control smuggling and money laundering for which new legislation will be brought in.

Imran Khan said we are following Chinese model for wealth creation. He said situation will soon become normal as a meeting is scheduled on Wednesday with the IMF to finalize the loan agreement.

Responding to a question, the Prime Minister said that the government is incentivizing the export sector.

Answering a question, Prime Minister's Advisor on Finance Dr Abdul Hafeez Shaikh, who was also present on the occasion informed that no tax has been imposed on exports sector and the government is providing subsidy to the industrial sector on gas, electricity, and loans.

Replying to a question, Imran Khan said the revenue target of 5,500 billion rupees set for the current fiscal year will be achieved through reforms in Federal Board of Revenue and broadening the tax net. He said every eligible citizen will have to become filer to enhance tax net of the country.

To another question, the Prime Minister said we are focused on growth but quality growth as the PML-N government made record imports of 61 billion dollars to take the growth rate up in a fake manner.

He said Housing Sector has great potential of creating jobs and improving economy. He said through constructing five million housing units, economy will be strengthened.

Imran Khan said record remittances were witnessed since PTI came to power and we are making efforts to control money laundering and slashed imports worth five billion dollars.

Regarding attracting foreign investment to the country, the Prime Minister said Russian and Central Asian States are taking keen interest to invest in Pakistan as our Gwadar Port provides the shortest route to reach out other regions. He said due to Pakistan's geo-strategic position, Japan also desires to relocate its industry to Pakistan to reach out to Chinese market; similarly, China alone undertakes exports of two trillion dollars. He said we have come out of the difficult phase and now we are heading towards stability and the issue of exchange rate will also be settled once there is stability in the country.

The Prime Minister, while answering to a question, made it clear that he will not give any NRO to anybody. Without naming any specific leader, he said sons of a former ruler have approached two foreign countries requesting them to convince Imran Khan to give an NRO for their father. He said leadership of those countries has told him that they knew him better and will not ask him for any leniency for those, who looted this country.

He said Pakistan's debt soared from 6,000 billion to 30,000 billion rupees because of two NROs given to the leaders of PPP and the PML-N. He said NRO is not happening in Pakistan anymore as he will not be pressurized by any country of the world to give any leniency. He, however, said that this time they have to return Pakistan's money. Imran Khan said he has asked the Law Ministry to legislate something that removes these money launderers from A class jails and imprisons them into jails where any other Pakistani thief would be imprisoned. Why have we kept money launderers as VIPs?

The Prime Minister said politicians' benami accounts and properties will also be seized starting from tomorrow. He also urged common Pakistani citizens to take advantage of the Asset Declaration Scheme expiring on Wednesday to avoid confiscation of their undeclared assets. He made it clear that deadline for amnesty scheme will not be extended.

Regarding Afghan imbroglio, Imran Khan said he has always been saying that there is no military solution to Afghan issue and now the international community also acknowledges his stance. He said it is also in the best interest of the world to avoid any confrontation between the United States and Iran.

Imran Khan said electricity prices increased because PML-N left the biggest circular debt of 38 billion rupees in Pakistan, while the PTI government has brought it down by 12 billion rupees.

To a question, FBR Chairman Shabbar Zaidi, who was also present on the occasion, said that the government is making undocumented business community go towards documentation. He said this transition will take some time and that is why activity is low at business hubs like Karachi.

Regarding agriculture sector, Imran Khan said for the first time farmers got full price of their wheat and sugarcane prices and now we are bringing a comprehensive policy to uplift this sector.

He said 152 billion rupees have been earmarked in the current budget for the development of newly merged tribal districts with Khyber Pakhtunkhwa.

Replying to a question, he said reforms will be introduced to improve judicial system and the police.

The Prime Minister said that 7 billion dollars were wrongly spent for artificial stability of value of rupee in PMLN government. 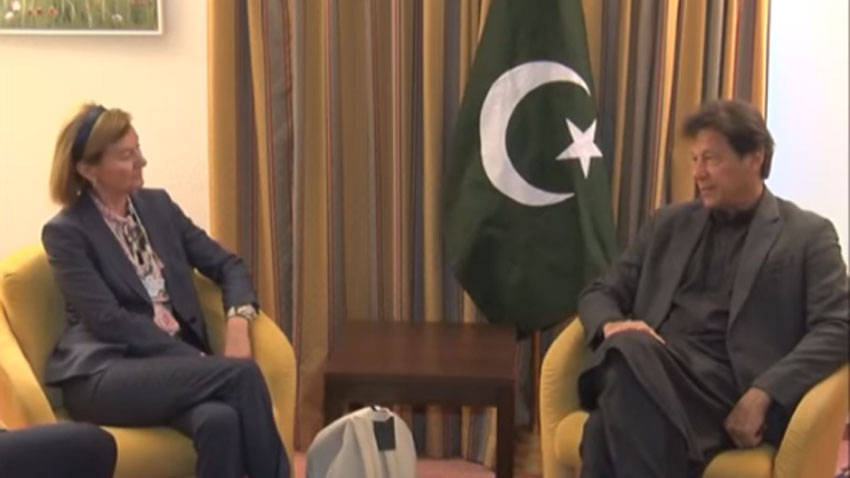 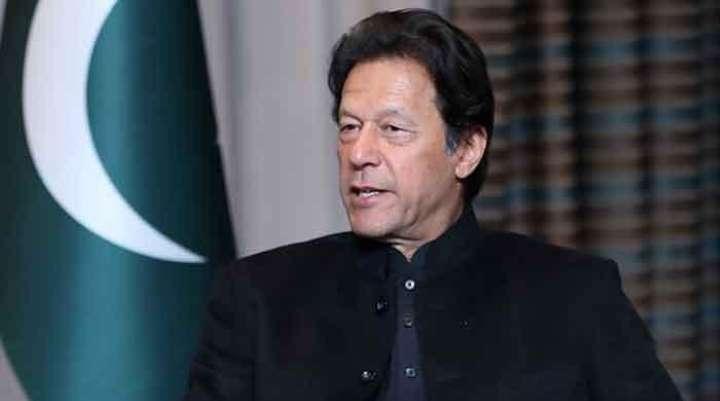